Prayer on the Sidewalk 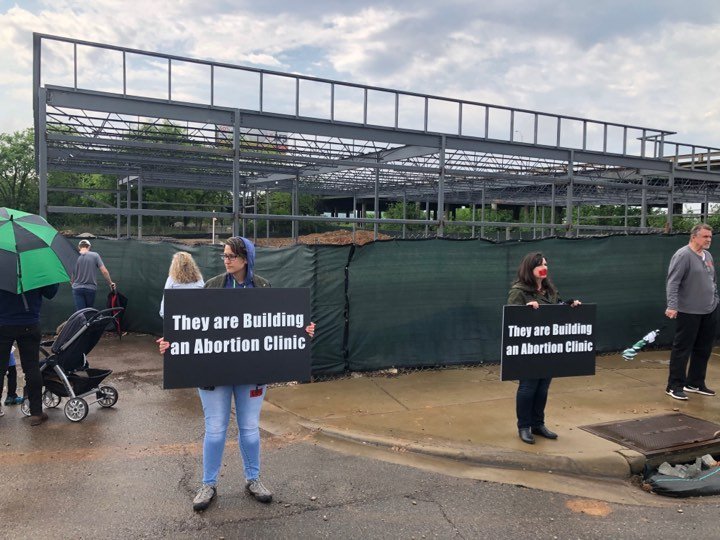 From the sidewalk this morning …

I decided to stay a little longer than usual at the PP construction site this morning. Something just said, “Give it 5 more minutes before you leave.” Four minutes later, a man drove up, parked his car and started walking over to me, clearly agitated. I said a quick prayer and met him halfway. He immediately began asking some very pointed questions about my sign.

Though it was clear he had some strong disdain for my message, we began to talk. Over the next 30 minutes we covered everything from the Civil War and slavery to the history of abortion clinics in Alabama, like New Woman All Women. The conversation was civil, and when he asked a question (once he was more calm) he genuinely allowed me to answer. Towards the end, he admitted that some of my points were valid, and that much of the information I gave him he had not previously heard. He still didn’t like my sign, but he was willing to consider some of the facts and ideas we discussed.

Before leaving I told him about the little voice that told me to stay 5 more minutes. I suggested that perhaps God wanted both of us here for this conversation. He seemed okay with that possibility. We shook hands and parted peacefully.

Driving home, I couldn’t help but think of Proverbs 15:1, “A gentle answer turns away wrath, but a harsh word stirs up anger.” Sadly, it is not always possible to have a productive conversation with abortion advocates. There is usually a lot more yelling and, more recently, some pretty scary violence from the other side. But when a conversation IS possible, like the one today, we must put ourselves aside and remember that our enemy is not the person asking the pointed questions. They are just a person, made in the image of God, searching for the relationship they were always created to have.

We should never be too afraid, annoyed or apathetic to talk to someone who is truly seeking. Be prepared to defend your position. Be kind in that defense. Be open to letting God use you to enlighten someone’s heart and mind. The pro-life movement has always known that changing laws helps, but changing hearts is how we truly win.

The post Prayer on the Sidewalk appeared first on ICCEC.

Scroll back to top